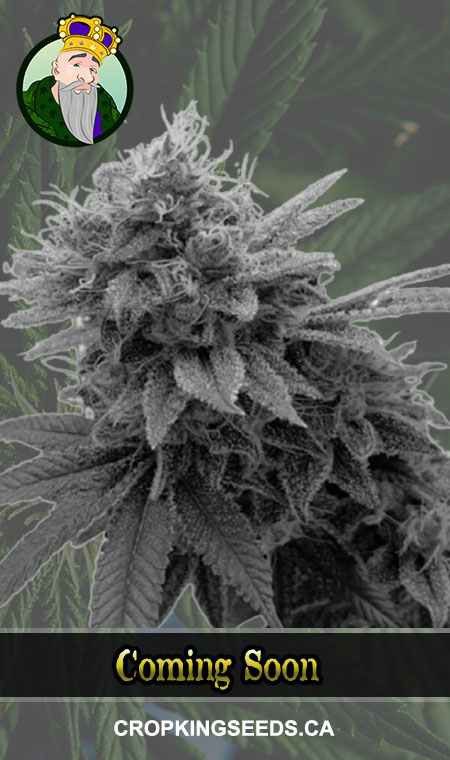 Rock Candy, also known as Alien Rock Candy, is an Indica-dominant strain. Alien Genetics bred it, and it has a delightful candy taste and aroma. With a heaviness that eases you into sleep, this strain is ideal for calming the mind and body at the end of a busy or stressful day. Rock Candy’s effects take a few minutes to reach their height, but once they do, they pack a powerful euphoric punch. As the high builds to a climax, you’ll feel waves of creative energy and a boost in your spirits, and you’ll be able to push through any negative feelings.

The high from Rock Candy is followed by a deep slumber that can last for many hours. Rock Candy has a soft citrusy flavor that tastes like a combination of Sour Dubble, and It’s highly potent and intensely soothing, with THC levels varying 16%.

What are the Flavors and Effects of Rock Candy Feminized?

There are marijuana strains that smell amazing but don’t taste great. On the other side, Rock Candy is not one of them. In truth, although the fragrance has carried over to the taste, it isn’t delightful. Instead, most users prefer it because of the sweet and citrusy lemon blend, which gives it a pleasant burst of flavor.

As the high emotional state wears off, the body starts to feel more at ease. As a result of the procedure, specific individuals can undergo sedation. As a result, there is a feeling of hesitancy or aversion to driving.

Because of its sedative-like solid properties, Rock Candy is best used at night. Around the same time, it has a range of benefits for medical marijuana patients. In any case, someone who absorbs this strain will most likely fall asleep before the effects have worn off.

What are the Medical Benefits of Rock Candy Feminized?

Thanks to its robust Indica effect, Rock Candy is an excellent strain for treating patients suffering from stress, chronic anxiety, mild to moderate depression, and headaches. Some people would like it because it has a good combination of Indica and Sativa effects. Inexperienced users should avoid this strain. Its 75 percent Indica dominant genetics is highly effective in treating chronic pain and insomnia.

Negative Effects You Can Expect from Rock Candy Feminized

Rock Candy intake is predicted to have a variety of harmful effects. As for several other strains, consumers will feel a dry mouth and eyes. Some strains are simple to deal with, while others are more complex. Rock Candy is located in the center, which can cause certain people to become suspicious. Others will believe that tiredness is just a passing affliction. Users can never underestimate the strain’s potency, as previously stated. Anxiety or drowsiness may also be caused by excessive use. Of course, there are individuals with even lower levels of resistance.

Rock Candy feminized is a straightforward strain to develop. It’s much more immune to insects and mold. She, like every other plant, will, however, require a great deal of care. Farmers choose to plant it outdoors, and if they do, it will grow in a Mediterranean or sunny climate.

Although it is preferable to plant in the open air, most people cannot do so. The good news is that it can be grown indoors, especially when combined with hydroponics and the Sea of Green (SOG) technique.

Rock Candy has a limited flowering period, close to that of most Indica strains. Of course, if you use hydroponics, this can be minimized. Growers can expect a yield of up to 450 grams per square meter as early as seven weeks. Growers who have access to a garden are fortunate. Growing plants indoors, as we all know, can be costly. In any case, by the middle of September, each Rock Candy plant should have yielded between 500 and 1000 grams per plant.