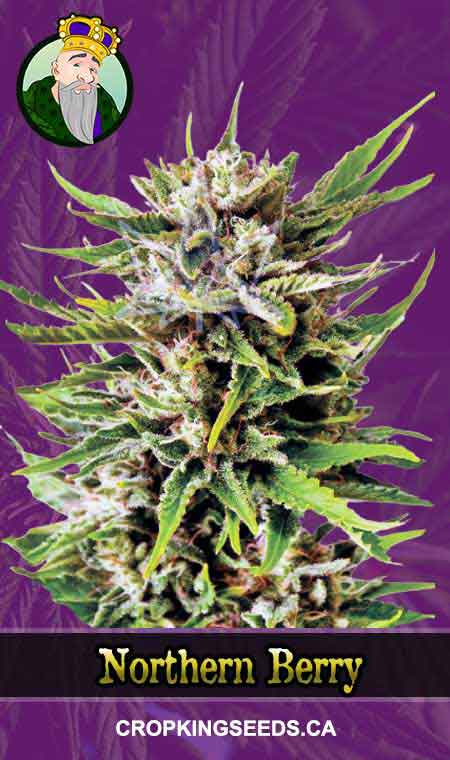 Described as a complex combination of the best of both Indica and Sativa worlds, the Northern Berry Autoflower, which originated from the US, is the result of crossbreeding two award-winning strains, the legendary Northern Lights #5 and the delicious Blueberry strain. This powerful Indica-dominant strain inherits the fruity flavor and aroma of its Blueberry parent while the potent high comes from the Northern Lights # 5. What makes this hybrid even more interesting is that its Sativa and Indica composition delivers an all-around high and harmonious balance of cerebral and body effects. Aside from that, this weed also offers a couple of medical benefits that put certain symptoms to rest. This herb has been well-loved by its consumers since it possesses signature fruity and berry aromas and flavors that are certainly delightful to the senses. In all, what users, both novice and experts alike, can expect from this tasty autoflowering variety is that it’s an easy-to-recognize, easy-to-cultivate, and very flavorful super-strain, making it an excellent choice for those who want to have a tasty and colorful experience.

What are the Flavor and Effects of Northern Berry Autoflower?

As suggested by its name, the Northern Berry Autoflowering strain is as aromatic and flavorful as they come. It has been endowed with its parent strains’ sweet signature flavors and aromas that are predominantly fruity and berry. When it comes to its aroma, it has been represented by the famous berry aroma of its Blueberry parentage, giving off sweet blueberry scents with hints of fruits and earthiness that linger in the air for a long while. On the other hand, its taste is made up of sweet and earthy flavors. On the inhale, the strain produces a noticeable hash taste that leaves a delectable sweet berry flavor on the palate. When exhaled, the sweetness of fruits and berries with subtle hints of earthy tones tickle the senses.

Thanks to its near-psychedelic effects, the Northern Berry Auto is a popular strain among its consumers. It delivers a very relaxing and calming sensation that sparks up a cerebral high alongside sedating body effects. Users will feel a boost of positivity and motivation that will put them in a much better mood. Also, it can bring a temptation to just drift off to a dreamlike phase which eventually ends up in a profound and relaxing sleep.

What are the Medical Benefits of Northern Berry Autoflower?

In terms of effectiveness, Northern Berry Auto also has some potent medicinal properties up its sleeve. It is very effective for the treatment of chronic pain including migraines, muscle spasms, cramps, and other body pains. This strong hybrid can greatly help those who are suffering from certain mood disorders. As this strain produces feelings of calmness and positivity, it can help its users manage the symptoms of depression and stress. Furthermore, it helps those insomniacs to fall asleep better.

Negative Effects You Can Expect from Northern Berry Autoflower

Northern Berry Auto can be very potent and isn’t a strain suited for novice users. This weed can really knock its users out especially when taken in higher doses. It may also produce feelings of dizziness and even a little anxiety at times. The most common adverse reactions that users can experience are cottonmouth, dry and itchy eyes, and feeling parched which can easily be treated by staying hydrated and drinking lots of water.

Even though Northern Berry is not really very easy to grow, it can still be cultivated by beginners. This autoflowering variety can generate decent yields in just a matter of 8-10 weeks. It can be grown indoors and outdoors but flourishes best in warm, sunny, and temperate climates. Like other autoflowering strains, it is best germinated using a hydroponic setup indoors. Although it also grows pretty well in organic soil. Due to its medium size, it can grow discreetly and with relative ease. During harvest time around mid-October, growers can collect yields of up to 200 grams indoor and 350 grams outdoors.