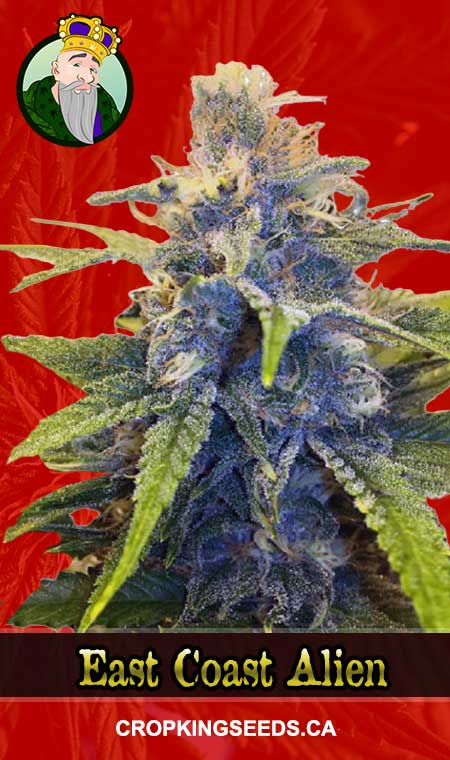 East Coast Alien Strain is an OG-like feminized fast version sativa dominant. The buds are wrapped in pistils and have a diesel smell, while the exhalation has a mint and forest fragrance. The results are immediate, creating a sense of possibly the best in the user that helps relieve stress after one long day. The high is energizing but not overwhelming results in a healthy buzz that can help you stay focused, complete chores, or improve your mood.

East Coast Alien Fast Version Strain is a moderately challenging plant to grow, especially for starter cultivars. Its flowering time is slightly long, and this tends to be a rollercoaster of a strain to grow at home. To increase your East Coast Alien Strain output, you must pay close care. This strain is suitable for both seasoned and inexperienced growers!

East Coast Alien feminized fast version strain is likely to appeal to medical marijuana patients searching for a new strain to try. If it works rapidly to change their mood, it gives all those who struggle with stress and depression a fresh start. Fatigue is relieved until the psychedelic high, and body pain such as cramps and headaches is also relieved after a few hits. While it might seem to be a remedy, users should be aware that the strain’s euphoric effects may intensify anxiety, so use it with caution if you are prone to anxiety.

– The smell of fuel will be the first to hit your nose, and you’ll be able to exhale a good taste of the forest floor.

– The lineage of East Coast Alien Strain has a distinctive flavor profile that is frequently described as pungent, earthy, and diesel-like.