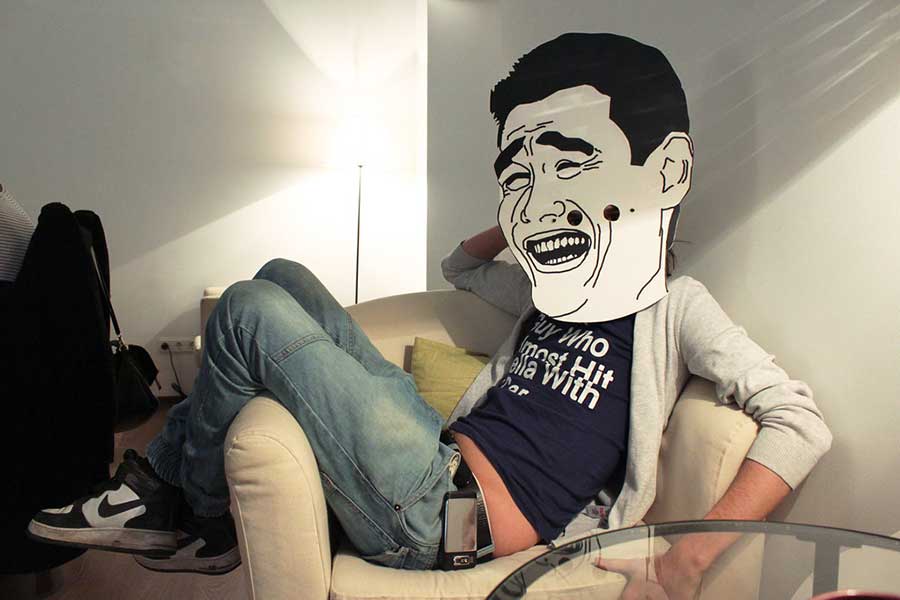 It’s hard to deny that the euphoric effect that weed has on us is one of the best feelings out there, making one crave for weed memes. Coming home to smoke or gathering with friends over the instant happiness you find in a stick are little moments that give great satisfaction.

Between catching up or just enjoying a joint for yourself, you can always break the ice with a good joke from weed memes that will get you laughing out loud or rolling on the floor from joy, or maybe getting stoned. With everyone on their phones nowadays, finding memes isn’t that hard.

If you need weed memes that get you and your friends, there’s a thread for that too. So to get the pot sessions going, here are 20 of the Best Weed Memes to Make your Day.

A common side effect of consuming weed is that it can make your tummy rumble a few moments later. Some may find this funny and actually enjoy it. Others struggle trying to stick to their diet and stay fit.

Though we would not recommend starting off the day with a gram right away, some strains can be great energy boosters and can help uplift your mood to keep you going. As long as you’re in control, you should be good to go.

Sometimes the only things that can keep us sane are those that bring us the most comfort, like a cup of joe and lighting up a stick to relax.

For a user with years of experience or those who like taking risks, pushing yourself can seem fun and exciting.

Ever feel like your life is just a repeating cycle that gets boring? Maybe you haven’t tried weed, or you aren’t getting enough weed to spice up that routine.

You might want to be careful about what you put into your brownies, and who you’re sharing them with. We suggest a separate pan for friends, and another pan for the family if edibles aren’t their thing.

They say superheroes are born, not made. I guess they haven’t tried getting a load of caffeine and cannabis to feel what it’s really like to be a superhuman.

These are not really the standards to how long you have been smoking weed or how much can you handle, but these witty titles will sure get a giggle out of your friends if you’re the master, or also known as Your Highness.

Sativas have been known to keep us up and in the clear, your type of strain for those smooth days that have been easy on you. If you feel beaten and just need a hit that will keep you calm and collected, some Indica should do the trick to soothe your mind, body, and soul.

Blunts are great for sharing when you have company around. One roll can last a good hour if it’s the right length and made perfect. This does not mean having a blunt in hand requires sharing, though. You can take that slow smoker yourself and still have fun with it.

Step up your fitness regimen with running! Lots of cannabis users enjoy running to stay in shape and keep the heart and lungs healthy as well. The catch is, the kind of runs we go on are not the typical walk in the park, but a jog to your trusted dealer.

Hearing this has never been a side effect while being under the influence of weed. You do want to be attentive, though, if marijuana always lives inside your mind. You don’t want to jumble your thoughts with the context of a conversation.

Once you’re high in the sky, it’s not easy to stay sober and chill out. Some might like going to extremes and testing their limits, but we do advise you to smoke responsibly in moderation.

Breakfast is certainly the most important meal of the day. A complete breakfast meal should be packed with nutrients that give you energy and strength to get you through a hectic schedule. Is weed a good breakfast choice? We aren’t so sure, but it does give you the same satisfaction as a bowl of cereal.

You’ve probably heard of a mantra that your friends or colleagues live by to keep them motivated. Some may talk about confidence, determination, and hard work. But others just get by from saying, “I need to get high” until they’re finally home to take a puff.

Going on a weed break is no easy challenge and requires lots of discipline. There are loads of resources and professionals who are willing to help users with high weed tolerance get through their weed break plans successfully. But it can be tough to avoid temptation and give in to those cravings.

Some get their appetite back after a few puffs, but others get the most out of the flavor from their favorite food when they’re stoned. It’s like hitting two birds with one stone: your high, and your food cravings are satisfied.

You can’t just turn down another blunt, whether you’re high or not. Don’t ask, just light up the roll and pass.

Lots of professionals have these so-called “secret recipes” or “keys to success” that get them to where they are now. Your secret weapon to finding happiness? A gram (or a couple more) of weed takes the hit.

Weed is best when weed is shared. Having a smoke, opening up, and just indulging in the soothing, uplifting sensation of it all. It’s not just the buds that give us comfort, but also the company we get to share it with.

Your choice of weed to get you on the happy wheel combined with weed memes will make your funny bone tingle. Let yourself giggle or show off these weed memes with your pals and enjoy each other’s laughter while taking in another breath of that aromatic herb.