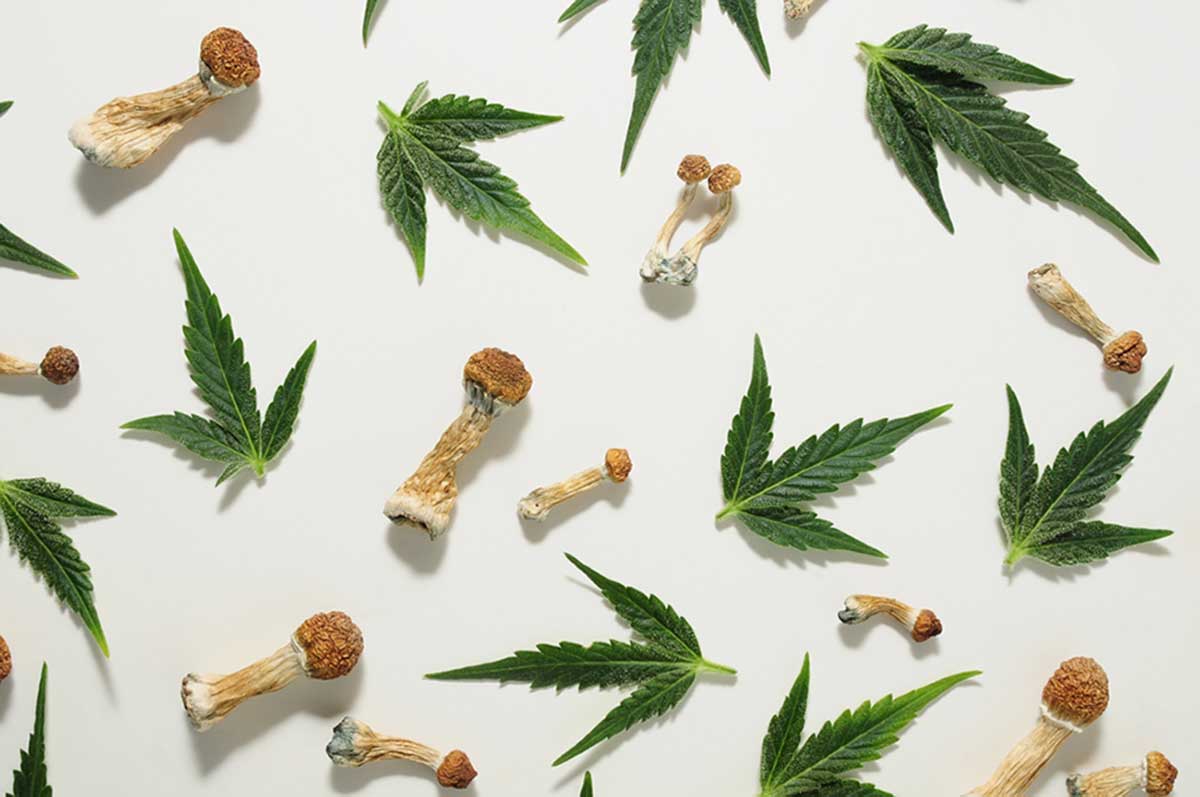 Weed and Mushrooms: Can They Go Together?

One way or another, there will come a time when you want to dig deeper into consuming different psychedelic and psychoactive drugs. Whether it be alone or with friends, sometimes, curiosity will lure us in trying exhibits that are accustomed to risks in the long run. One of the frequently asked questions in cannabis and magic mushroom communities is whether or not they can be consumed together. Weed and mushrooms are two of the top-notch medical and recreational drugs that are established across the globe.

We all know the fun it brings in a group or even in a session hanging by yourself. Imagine the alternate universe where stress, sadness, and anger are not welcome. Do weed and mushrooms effectively go together? How risky would it be to try getting high using them together? In this article, you will explore the world of smoking weed, munching on magic mushrooms, the benefits of doing them both, as well as the drawbacks of getting high from weed and mushroom at the same time.

Cannabis is an established natural psychoactive drug that delivers relaxing, sedating, and calming effects that loosen up the stress and tension a person is experiencing. Moreover, it is also expected to induce effects that are uplifting, euphoric, and energizing. How is the intensity of the high measured? It depends on the CBD to THC cannabinoid ratio. When the THC is higher than the CBD, expect that the effects are recreational rather than medical. When the CBD is higher than the THC, the psychoactive effects are rather minimal and it mostly caters to users who are rooting for the medical effects of cannabis.

Magic mushroom is a natural psychedelic drug. Among the numerous compounds found in magic shrooms, two are the most important ones to consider. These are the psilocin and psilocybin. They act to deliver effects that are buzzing and mind-altering that further characterizes the intensity of high a person consuming magic shrooms is about to experience. As they work for hand in hand, the consumption of magic shrooms immediately converts the psilocybin to psilocin through a process called metabolization.

The psilocin compound is responsible for reacting to the serotonin receptors found in the brain. Also, it also improves the levels of concentration of the dopamine compound found in the basal ganglia. This explains the effects of magic mushroom consumption such as enhanced euphoria, uplifted mood, and improved mental state. If the cannabis is responsible for the mind and body-relaxing effects, magic mushrooms are the ones that induce an energetic vibe to both the mind and the body.

The Benefits of Combining Weed and Magic Shrooms

With the curiosity of many as to why a huge number of people combine weed with magic mushrooms, what’s in it for you to try? You see, weed and magic mushrooms are two contradicting drugs yet combining them are accustomed to benefits. The list of benefits will help you understand the reasons why people combine weed and mushrooms for one exciting session. Check out the list below and allow this to weigh in the factors as to whether or not you should try it yourself.

Who wouldn’t want to try it if the effects are twice as splendid as consuming them separately? According to the people who tried, combining weed and mushrooms helps in putting you in a chilling yet exciting vibe of being high and in total relaxation. Most people are up for the fun they both bring whether it be consumed alone or with a group of buddies. Consuming them together improves the session into a glorifying state where everybody is having fun.

An improved mood is one of the common denominators of consuming weed and mushrooms. Since your serotonin levels are elevated, you feel relatively happy and free from all the worries and anxiety. This is also one of the primary reasons as to why people with depression, anxiety, and bipolar disorder choose between consuming weed or mushroom. They can do both without canceling one of them.

The euphoria and upliftment these two bring will lure you in trying to do them both at once. We all have experienced being in a situation when you’re feeling either neutral or below neutral that it affects the way you perform and socialize with other people. These two will surely help you in working it out considering they can induce an uplifted feeling as if you were jumpstarted to begin your day lively and enthusiastic.

The Drawback of Combining Weed and Magic Shrooms

Now that you have understood the benefits of consuming weed and mushrooms at the same time. It’s time to understand the drawback it is associated with. Let’s face it. It may be hard to admit but consuming them individually is accustomed to adverse effects that will make you think twice if you want to do it. What more if they are combined? You see. There are limitations to everything. All good things have a price to pay in the long run that’s why we responsibly advise our readers to consume in moderation.

Heightens Emotions All at Once

Imagine the feeling of being happy, sad, angry, and neutral all at once. It is one hazy feeling that confuses what you feel at that moment. This is one of the possible scenarios that may occur when weed and mushrooms are consumed at the same time to the point that your body can no longer tolerate the effects of both. Overconsumption can heighten all your emotions at once that you may experience adverse effects such as anxiety and paranoia. This can also possibly occur in cases when you experience a bad trip on weed. We highly suggest taking extra precautions in consumption, especially when you’re a newbie in both marijuana and magic mushroom consumption.

It is a lifelong commitment to remind the readers to consume both weed and mushrooms responsibly. Yes, the effects are fun and they exceeded your expectations but it should not be a reason for you to overdo the process. Always be mindful of the doses you consume to prevent adverse effects from occurring. Consuming marijuana and magic mushroom is fun and all but they are not when you have consumed a dose more than what your body can tolerate.