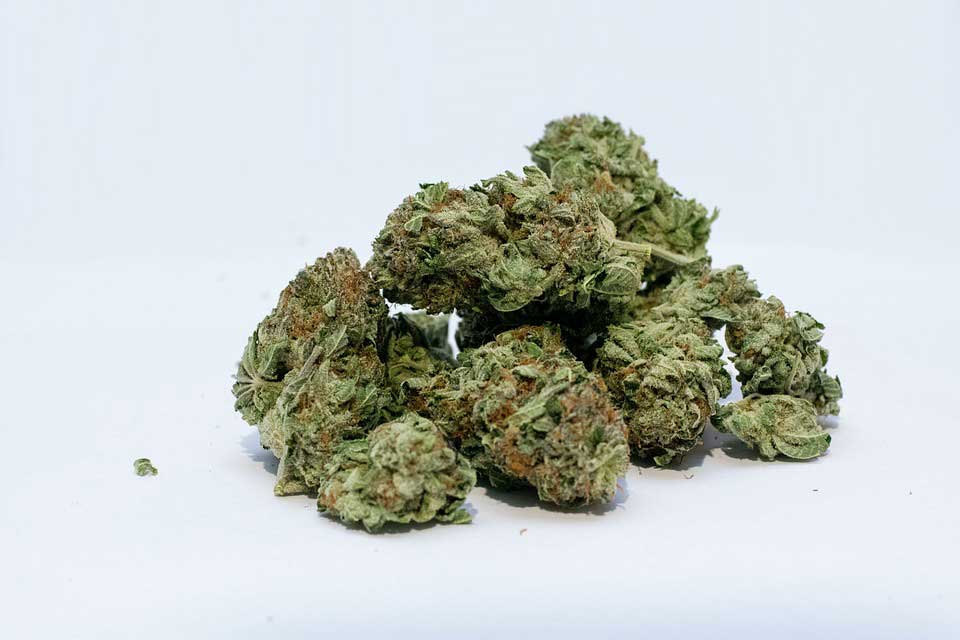 The first few years of recognizing present cannabinoids in various cannabis plants were struggles among the scientific community. Aside from experiencing limited resources and restricted usage, what put an end to the search was the opposing sides of legalizing marijuana. Fortunately, a few weed elements proved that pots aren’t purely for recreational purposes but medicinal benefits.

Not so recently, a discovery about THCV strains was conducted, adding it as one of the found cannabinoids in cannabis. Because of that, the curiosity went beyond the wall. After all, it sounds the same with THC. But, are they the same in all aspects? Also, what effects are THCV strains will give this time?

As much as multiple users wish to send their heartfelt gratitude towards the scientific community, it’s quite inevitable to know that a potentially beneficial chemical element is found. Fortunately, this article will surely not lack information to provide answers to your frantic questions.

THCV or tetrahydrocannabivarin is one of the known big six of cannabinoids. Compared to compounds outside the big six, THCV is exhibiting abundancy in contents. Hence, making the hide and seek easier. Thankfully, it is one of the most known and studied cannabinoids present in weeds, aside from CBD and THC.

As for its overall construction, THCV is following the usual behavior of phytocannabinoid, a remarkably useful chemical that binds with the body’s receptors. Due to the chemical structure, THCV is insoluble in any bodies of water but is highly soluble in solvents, especially those that are lipid-based. Nonetheless, it still bears the difference that either THCV or THC may not have.

THCV gives unusual activity when taken in a higher dose because it tends to become like CBN; it goes psychoactive. Chemical compounds present in the big six are usually synthesized from a certain cannabinoid, CBG, or cannabigerol since it’s the most abundant of all. CBG’s process involves metabolic method form where CBD and THC can originate.

But, THCV joins the formation of geranyl phosphate and an acid named divarinolic. In the end, the joint combination will result in a decarboxylated form that will produce THCV.

On the other hand, when taken in lower doses, THCV antagonizes the CB1 receptor, an activity that will inhibit the experience of headiness or potency. As recalled, it goes out of control at a high dose. What happens is that THCV will act as contrary to what occurs in a lower dose. So, the user will severely undergo extreme influence.

The Difference between THCV and THC

In terms of functionality, THCV acts faster in a human body than THC does. But, THCV sadly only lasts for a short time, unlike its cannabinoid cousin’s excellent longevity. The extraordinary contrast between the two is that they are the complete opposite of affecting appetite. While THC stimulates appetite, THCV suppresses it.

Due to the fascinating dissimilarity, a study was made to see if it will clash when in the same system. Studies displayed that THCV reduces the effects of its cousin cannabinoid THC. Hence, it will balance out the potency of THC. Unfortunately, it does the same as THC’s medical benefits.

But, fret not. The two cannabinoids have similarities in terms of psychoactive effects, mainly at a higher dosage. Either way, with small similarities, it isn’t easy to see, which is more fitting for an individual’s needs. Still, the two are remarkable in their ways though THC receives more hype and recognition.

Uses and Benefits of THCV Strains

Though no manufactured pharmaceutical drug is available that originated from THCV, it still offers a lot to the world of medicine. Based on the information presented, THCV is arguably more powerful than THC at higher doses. According to scientific suggestions, it is believable that THCV can give several medical benefits to date. To know which it will benefit the most, here are some of THCV strain’s uses and benefits.

Despite not belonging in the category of approved weight loss medication, THCV is exhibiting well outcomes in this catastrophe. Besides, it’s beyond advisable than the actual anti-obesity drug because the drug itself exhibits severe side effects like depression, which surged the rate of suicide.

According to findings, THCV suppresses THC’s ability to increase appetite and is far more efficient than cannabinoids that do the same. A health organization once had a statistical estimation of obesity and overweight cases that gets higher each year. By employing drugs with THCV, it is possible to put an end to a said world issue.

Since THCV reduces the will to eat or appetite, it could potentially be a medication for diabetes. In fact, a study made in 2013 concluded that THCV could be a treatment for diabetics, especially around obese individuals who have higher glucose intolerance.

In a published study in 2009, certain researchers tested THCV on laboratory subjects and showed that it reduced the pain and inflammation the subject is currently undergoing. Remember that the mentioned sensations are the main signs of acquiring inflammation due to harmful chemicals.

One remarkable addition to the study was that the subject suppressed the growth of such feeling after having exposure to inflammation. The subjects were able to feel such progress without being tolerant. Meaning, it was THCV’s entire fault that it lessened.

Reducing anxiety has to be the most commonly known medical benefits of cannabinoids. In this case, THCV also possesses the same thing. Research proved that THCV could eliminate constant panic attacks and treat other forms of anxiety-like Post-Traumatic Stress Disorder or PTSD and Social Anxiety.

Surprisingly, the studies occurred in a country where most battle fights between armed men happen. THCV worked efficiently in suppressing the panicky mode of the war participants, a sensation that happens as a natural response or the fight-or-flight reaction.

Aside from the enumerated advantages, THCV is found to be effective in lessening tremors that go with ALS and conditions like Parkinson’s diseases. Also, the cannabinoid prompts the growth of human bones, making it possible for osteoporosis ailment.

Moreover, a piece of findings proved that THCV is a treatment for seizures and is a good one since no side effects can occur. Hence, making the THCV useful to children with seizure-related illnesses like epilepsy.

What are the different THCV Strains to remember?

According to seed companies and manufacturers that involves in the marijuana market, THCV strains are most likely appearing in African Sativas. To know more, here is the list of some known strains with a high level of THCV.

Note that some may occasionally sport their THCV levels at higher heights. The reason is that innovative individuals are manufacturing THCV strains, so it did not naturally come from seeds.

The Future of THCV Strains

Despite being a part of the big six, THCV strains are receiving different criticisms because it acts differently than what the marijuana market is usually endorsing mainstream. As recalled, the benefits are something to look out for, and though resources are put to halt, the following years should attest what lies beyond THCV strain experimentation.

Still, knowing which strains will possess higher THCV should not be an invitation to go crazy on the dosage. Just because it portrays various advantages doesn’t mean it should be taken every second of the day. THCV strains are helpful at a moderate stage. Better yet, it would be best to advance the study, by human observation, to ensure that the future of THCV strain will not face abandonment.