Smoking Weed With a Cold: What are its Effects? 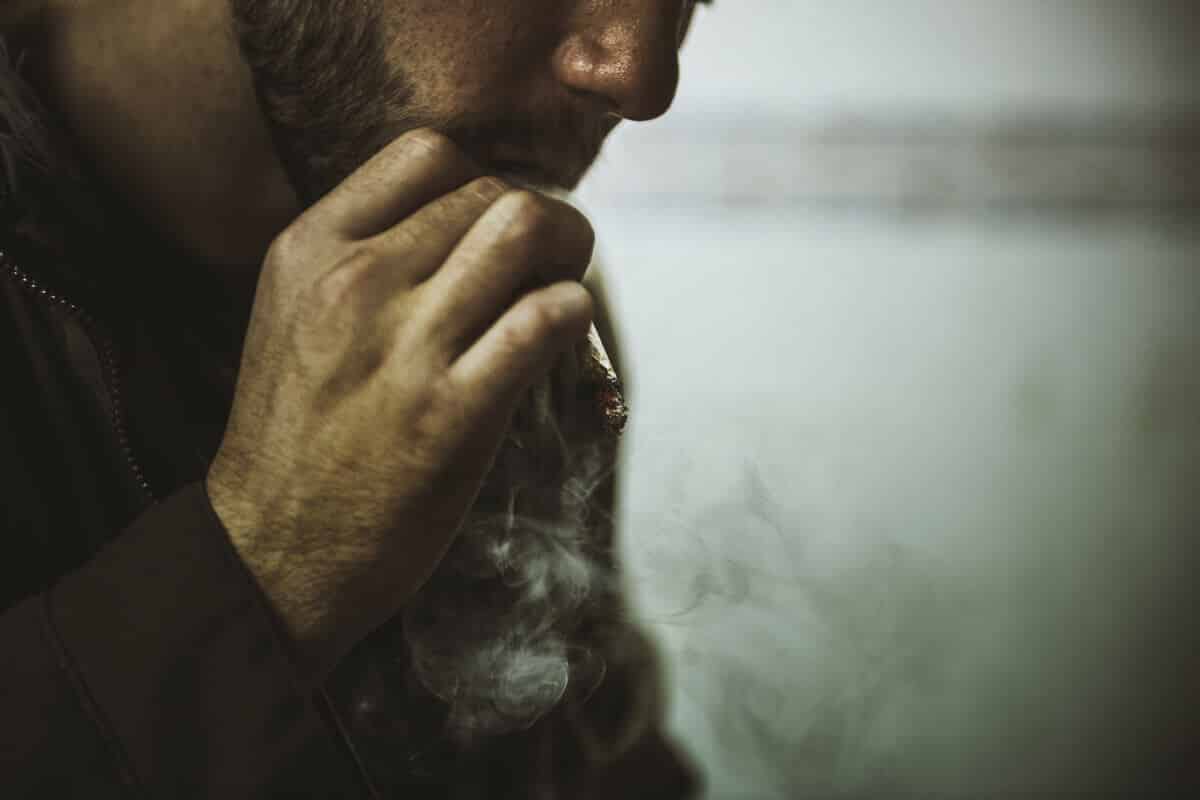 Everybody is affected by colds and flu once in a while. Although sometimes these natural conditions are only a moderate inconvenience, other periods can knock you off your feet.

One of its major problems is viruses instead of bacteria cause colds and flu. Hence, they cannot be treated with antibiotics, and all you can do is get some rest and allow your immune function to do the work.

But there are several steps you can follow to alleviate symptoms and make life calmer and more relaxed while waiting. While a lot would immediately go for their medicine cabinet when they have a cold or flu, others prefer a more native method. Could this involve marijuana, an herb that is becoming more popular for its numerous medical compounds?

In this guide, we will discuss if smoking weed with a cold is useful or can make it worse. Keep reading to learn more.

Many cold symptoms are because of inflammation, and the immune functions react to infection or injury. When the immune cells determine an attacking virus, they discharge chemicals known as cytokines. These serve as a sign, inviting white blood cells to the part to kill the pathogens and control the infection right away.

Although this is an essential and robust procedure, cytokines have the regrettable adverse reactions of producing inflammation and triggering swelling, pain, and redness in the affected part.

Because cold viruses penetrate the body through the respiratory system, this inflammation results in the typical cold signs:

This is where cannabis enters the picture. We understand that cannabis helps with ailments, including severe pain by decreasing inflammation and alleviating cold symptoms in the same way.

Experts are still studying how cannabis affects pain and immunity, but it’s possibly because of how the properties in the cannabis function on what is called ECS or endocannabinoid system.

The ECS is a group of receptors on the exterior of the body’s cells. They are made to link with chemicals known as endocannabinoids, properties created by the human body that plays a significant role in various biologic functions.

The phytocannabinoids created by marijuana plants are also combined with these receptors. Thus, they possess such a significant influence on the body. Regarding immunity, a unique collection of receptors called CB2 receptors is considered to be included.

Interestingly enough, echinacea, an herb famous for its immune-boosting compounds, also has properties that serve on CB2 receptors, like the cannabinoids in the marijuana do.

By connecting with CB2 receptors and neutralizing the immune function, cannabis can help alleviate some of the most common and troublesome cold symptoms. Cannabis would be a useful treatment for colds and flu in numerous ways, such as:

Therefore cannabis applications may even be useful for relaxing the airways to breathe easier.

Because cannabis has anti-inflammatory effects, it can help relieve the pains and aches linked with colds and flu. Also, it could help with headaches, sinusitis, and sore throats.

As we have discussed earlier, cannabinoids lessen inflammation by functioning on CB2 receptors in the endocannabinoid system. But cannabis also has other properties, including flavonoids and terpenes, which both are considered to contain anti-inflammatory compounds.

You’re suffering from the porch

When you have a cold, your sleep can suffer, making you feel even worse the following day. The good news is that through its interaction with the ECS, weed may improve your sleep and help you get the rest you need to recover.

The study has proven that among the chronic effects of marijuana is bronchodilation, which means that it opens the airways and perhaps assists in breathing more naturally. But we all understand that smoking can eventually injure the lungs, which carries us to the next topic, why smoking weed with a cold is not advisable.

What are the Effects of Smoking Weed with a Cold?

While there are many ways that cannabis can help with your colds, there are several possible disadvantages too. The most striking is that marijuana is often burned, and burning marijuana is damaging for the lungs.

Smoking weed with cold triggers further soreness to your esophagus and lungs and makes symptoms like coughs worse. Regular cannabis use has been discovered to increase the danger of lung problems, including chronic bronchitis, particularly when combined with tobacco.

Another drawback to smoking weed with a cold is it heightens symptoms like vertigo. Because burning pot induces blood flow to drop quickly, causing you to feel dizzy or lightheaded. Even though this is not a common problem for seasoned users, beginner smokers may be especially prone while already combating an infection. Moreover, cannabis (particularly edibles) causes stomach distress or nausea in some consumers. Not what you like if you’re unwell.

The last thing to remember is that colds and flu are very contagious, which means that anyone you share your bong or joint with while you’re sick will likely be affected. While your buddies might thank a million for your charity, they perhaps won’t be appreciative after a week when they become ill and laid in beds.

Smoking weed with a cold is not such a great idea. Hence, there are numerous other methods to take advantage of cannabis without aggravating the lungs.

The Best Methods to Consumer Cannabis When Having a Cold

The less harmful way of taking cannabis than conventional smoking is by using a vaporizer. This is specifically essential if you’re suffering from a cold, but also crucial to remember For any average marijuana smoker. But cheap e-liquids and vaporizers may not be better than smoking over the long term as they still have quite unpleasant chemicals. A premium quality vaporizer can be pricey, but it’s certainly worthy of investment for defending your future health.

Common colds often induce soring muscles and lethargy. It happens the cannabis topicals can help get rid of these conditions. Because you’re using it straight to the skin as lotion, balm, or gel, it can target the origin of the problem more effectively.

You can use oil extractions and edibles and even prepare yourself for a cup of good cannabis tea or coffee. You can prepare tea even more soothingly and relax by adding a tablespoon of honey or weed with other anti-inflammatory herbs like turmeric or fresh ginger. On the other hand, edibles take time to effect because of their prolonged metabolizing passage, but the results are more evident and beneficial. You can also prepare cannabutter at your kitchen to fill your favorite food with high CBD, THC levels, or both.

You could also try adding some grounded bud to the hot water and inhale the steam. However, this is an untested technique, and it may be beneficial for some consumers.

Unlike smoking marijuana, vaping has lower temperatures that save each cannabinoid in the concentrate or bud. By heating a little past the decarboxylation process, the terpenes and cannabinoids can be evaporated without burning the plant material. The absence of burning makes sniffing in cannabinoids less harsh on the esophagus.

Can You Burn Marijuana and Consume Cold Medications Together?

If you’re considering maximizing your alleviation from cold and flu symptoms, for sure, you’re asking if it’s safe to take cannabis and use cold medications all at once. Though there are no accessible interactions between OTC colds treatment and marijuana, you must be careful of using the two at the same time. Both marijuana and some cold medications trigger vertigo, and that means you feel lightheaded or dizzy if you consume both. Thus, It is best to pick one or another, particularly in the morning or crucial activities to finish.

Is Smoking Weed Similar As Vaping?

Smoking and vaping impact the lungs in different ways. Vaping is not related to adverse effects like severe coughing, unlike smoking, as based on a 2015 study. But the same study recommends that the benefits of vaping marijuana rather than smoking marijuana are mild.

Most people assert that taking marijuana helps alleviate cold and flu, and it’s easy to understand why. Since it contains analgesic and anti-inflammatory effects, marijuana delivers relief from most of the troublesome cold symptoms and helps you get your act together.

But there is no question that smoking weed with a cold is not a good thing, and could make your symptoms like coughs or respiratory infection worse. Thus, it is best to pick alternative ways of consuming marijuana while unwell or nauseous, at least.