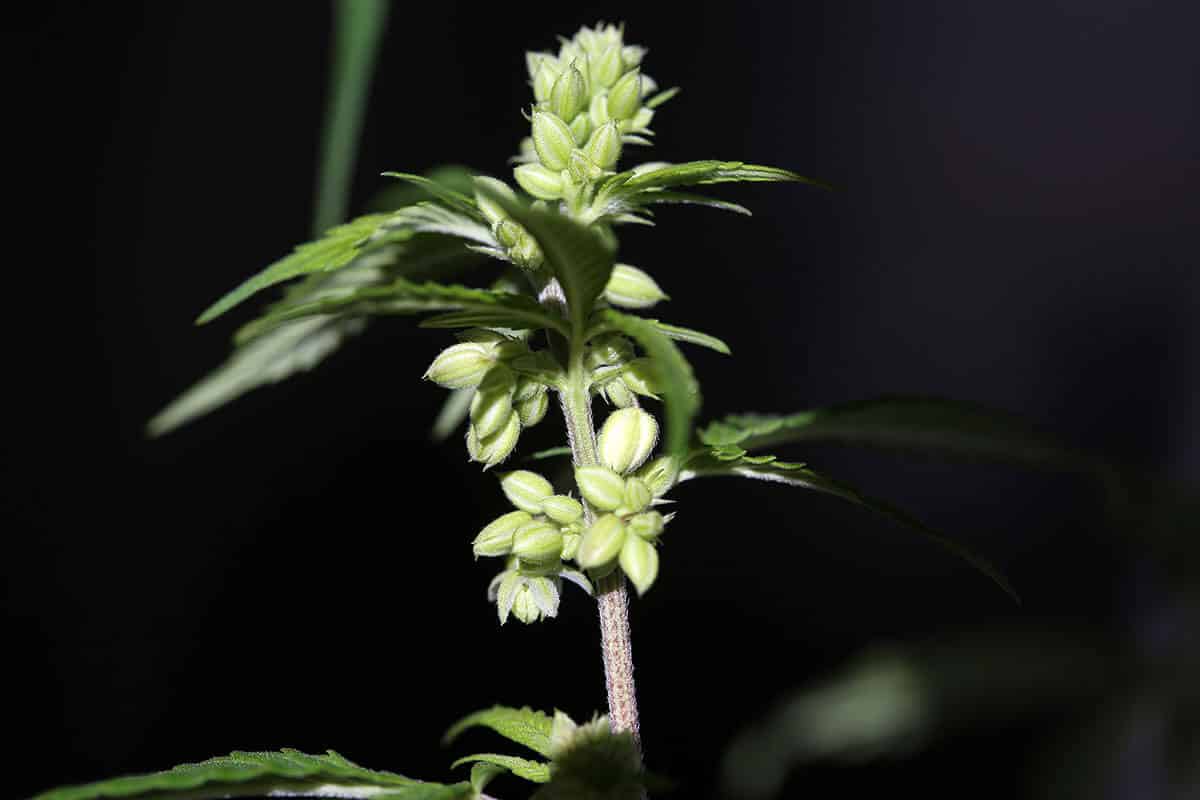 Sexing pot plants simply means determining the gender of the marijuana plants. Cannabis plants are generally dioecious plants, which means they have distinct female and male characteristics. Occasionally, however, they can be hermaphroditic, which means they can have both male and female reproductive organs. Between four to five weeks into their vegetative growth cycle, growers can have the chance at sexing their plants. In this article, we will learn everything we need to know about sexing pot plants, particularly why, when, and how the sexing is established.

Every seasoned cannabis grower knows that marijuana sexing is an important process as it enables you to establish whether you have a (1) female plant that will produce the delicious buds everyone is looking for, or (2) a male plant, which is solely reserved for releasing pollens into the air for fertilization and breeding, or (3) a hermaphrodite. Knowing the sex of each and marijuana plant in a room is important for cannabis growers as if you are trying to produce useful buds for smoking, having a male or hermaphrodite plant in your grow space will mean that the female plants will most likely be pollinated and growers will be left with only seeds instead of THC filled buds.

Depending on what type of cannabis grower you are, pollination for the female plants can be good or bad. If you are a grower that likes to crossbreed strains and develop your variety, pollination is great. The pollinated female flower will produce seeds with traits and characteristics from both parent strains. For growers who are trying to grow dank buds and have no interest in breeding their plants, however, it is important to identify the gender of the plants early on and eliminate both male and hermaphrodite plants immediately from the growing space. Removing these plants will eliminate the risk of the female plants getting pollinated. Once they are pollinated, the female plants direct a large portion of their energy towards seed production and in effect will produce low-quality and weak flowers with a low concentration of cannabinoids, such as THC, CBD, and CBN.

Difference between male and female and hermaphrodite pot plants

Sexing pot plants is a pretty straightforward process and as you gain more experience as a cannabis grower, it also becomes easier. Every seasoned grower knows that looking for signs of sex should be done before the plants begin flowering. Otherwise, the males could pollinate an entire crop at any moment.

Female marijuana plants. Using a magnifying glass to classify the gender of your plants is not necessary. Female plants are easily identified by their pear-shaped calyxes with two white hairs or pistils protruding from the top. You will have to wait however until the plant has been in its full flowering light schedule of 12/12 for at least two weeks for their organs to develop and become easier to identify. If you are unable to determine the gender, make sure to be patient and wait for a few days to avoid throwing out female plants just because the two white hairs have not developed. By this time, the males will be too young to develop pollen so the risk of pollination is still not there.

Another way to keep an eye on the gender of your plant even before their reproductive organs start to develop is to observe their growth patterns. Female plants tend to create a wider and more complex branching system as compared to male plants. They will also grow more branches and more leaves on them.

Male marijuana plants. Industry experts have noted that when compared to female plants, male plants have fewer branches and leaves on them during the early part of their vegetative state.

The male reproductive organs also look like tiny spade-like balls that develop on the plant’s nodes. A node is a part where the branches and leaf stems join the main stem. These pre-flower balls are immature pollen sacs, which, when the plant matures, increase and turn into bunches that resemble grapes. When left to grow, these sacs eventually open up like a flower and release pollen into the air and empty female calyxes, pollinating them. One ball can pollinate an entire field of female plants. As explained earlier, male plants should only be allowed to reach maturity when you are trying to create your cannabis strain or seeds.

Male plants are more likely to occur if you have high levels of potassium and low levels of nitrogen during the plant’s first two weeks of vegetative phase. By establishing a male flower early on, you can remove them from your grow space before they have the chance to ruin your crop. Aside from breeding, these plants do not provide any beneficial use especially in the production of high-quality flowers. Males tend to have low levels of THC and smoking them is much likely to only leave you with a headache more than anything else.

Hermaphrodite marijuana plants. Cannabis plants tend to develop the characteristics of both female and male plants when they experience excessive amounts of stress. If the plant is placed under stressful conditions, the plant identifies this as a threat and immediately tries to guarantee its survival by becoming a hermaphrodite. In that way, it shortens its flowering period to flourish. Factors that lead to hermaphroditism include interruptions in their light cycle, high temperatures, nutrient deficiencies, damage to the plant structure, pests and diseases, and bad genetics, among many others. Just like male plants, hermaphrodite plants should be immediately eliminated after detecting them, or else they will start pollinating the female plants and produce more hermaphrodite plants.

Early signs of a hermaphrodite plant include stunted overall growth of the plant, which means it is shorter and smaller than its male and female counterparts. Also, observe the smallest nodes of your plant as this is where you will usually see the first buds or pollen sacs develop. If you notice the development of both female and male flower anatomy then you most likely have a hermaphrodite plant.

It is important that once a male, or hermaphrodite, the plant is spotted, they are immediately removed from the grow room before the release of any pollen. The most common and usual way people do to eliminate the risk of pollination is to cut male plants down and discard them in plastic bags, making sure to avoid any leakage of pollen into the air. Research has shown that pollen can travel over 10 miles from its source. And while these plants are often regarded as useless and immediately thrown away, recent surveys have shown that males do not belong to the compost heap. Instead, they should just be grown in separate controlled spaces from the females. And if a male plant is spotted in a female grow room, cover the plant in a plastic bag and slowly move them out of the space, making sure not to shake the plant when transferring and unnecessarily releasing any pollen.

Aside from the obvious function of breeding, male plants also serve several uses that could benefit cannabis growers. For one, male cannabis plants produce a finer and softer material for hemp fibers. Chinese texts from the 16th century BC showed that ancient people saw the use of male hemp plants in the production of several products, including clothing. A study made in 1996 supported this belief showing the difference in the properties between female and male hemp. Another use for male cannabis plants is in the terpenes they produce, which are associated with unwanted pest control. Some growers plant their males among their vegetable crops instead of consigning them to the compost bin.

Growing your cannabis crop is a very rewarding experience. If you can do it well, you can take pride in your bountiful harvests of high-quality buds. Sexing pot plants is a vital step in any cannabis growing journey. The good news is that it is a relatively simple and easy process – just make sure to look for signs of gender before the plants begin flowering.