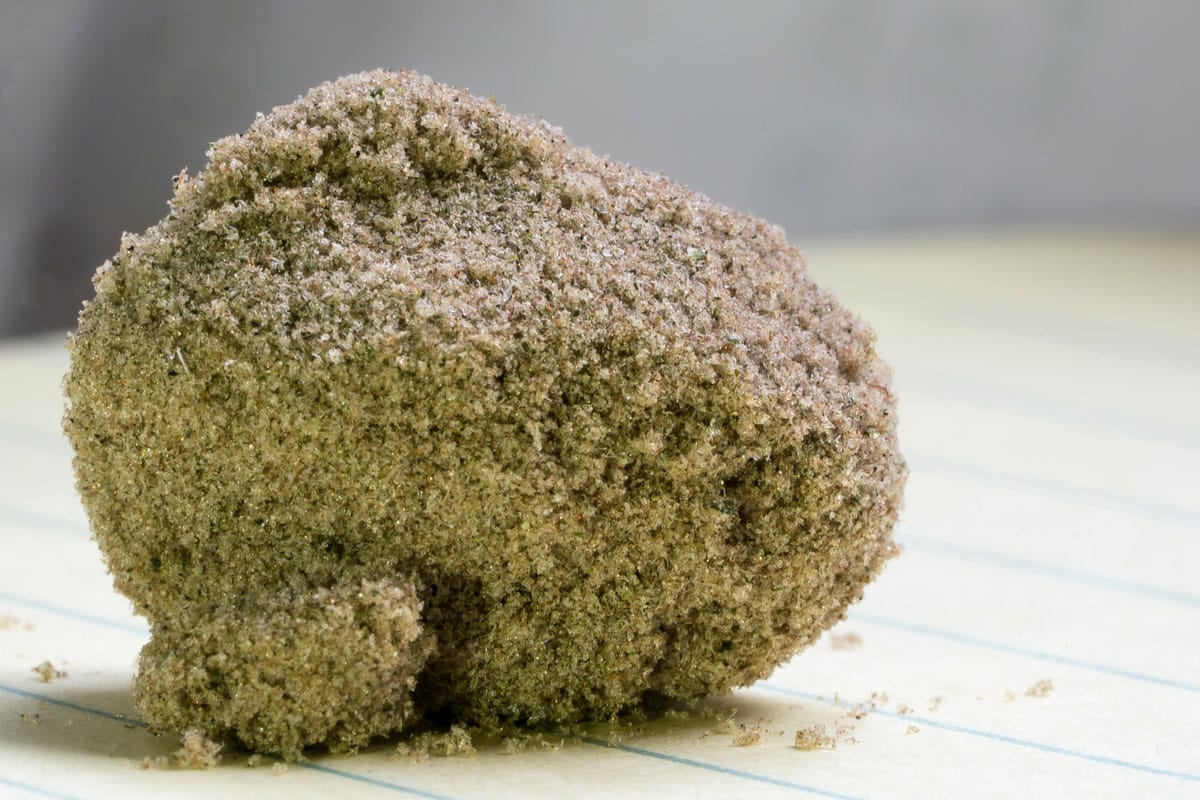 How to Make Hash from Kief

Kief is a dry sift or the pollen from marijuana buds. It is the tiny, sticky thing that looks like crystals. You ought to know that it is the resin gland that is filled with cannabinoids and terpenes which bring forth the wonderful effects of weed.

It should be processed first before consuming to get the benefits that you are after. So knowing how to make hash from kief is great for you to reap all the goodness marijuana offers.

How Kief is Extracted From the Buds

Concentrate and wax along with the necessary tools can be expensive. So sifting kief would be the better option. It has a high amount of terpene and cannabinoids that cause the effects. Extract and utilizing kief crystals lessens the charred material that you intake.

A three-chamber grinder will help you with it. Chopping your buds finely can be done while kief crystals fall into the small compartment. Doing with a two-chamber grinder will result in waste. These precious crystals will only fall off from the buds and cling in the inside of the grinder.

When you have to get a huge quantity of kief, a silk screen material is great for this job. The size of kief is measured around 75 to 125 microns, it’s a challenge for you to remove these crystals. Stacking four layers of very fine mesh screens will give you the cleanest possible kief free from any unwanted matter found in plants.

Having a home extractor can provide you the best result. The screen and stack are from smallest to largest sizes. The screen is determined by LPI or lines per inch, threads per inch, or several wires. You will find a larger screen with smaller LPI. When working on kief, the ideal screen is with the mesh with 80 to 270 LPI.

If you don’t want to do the process, you can buy it from a local dispensary. The pureness of the kief is shown in a lighter shade. When it looks greener, it means that there are some bits of plant matter. The ideal color is off white for you to choose the best.

Strains That Can Give Heavy Kief

It is a famed hybrid strain that came to existence from South Indian landrace with heavy resin and Brazilian Sativa landrace. It was born in the nineties and it has been a staple in every Dutch coffee shop. You will be amazed at its white buds shrouded with crystal resin.

Beware of the intense potency it can deliver. Be prepared for the explosion of energy and euphoria. These things can boost your social skills and creativity.

The name states the obvious as you can get a lot of hash from its tightly clustered flowers. They are drenched with resin bearing the rich Afghani scent and spicy flavor that bites your tongue. The sparkling trichomes speed up the powerful and blissful body stone.

The background of this hybrid strain remains a mystery but once you see and consume it, you will agree that it came from a combination of incredible genetics. It has parented awesome strains, OG Kush and Sour Diesel. The aroma is an undeniable diesel scent which you can detect even from a mile away.

Guide on How to Make Hash from Kief

Hash is known as one of the oldest forms of refining weed. To make it happen, you should start with scraping the kief. The hash is the result of letting the kief go through pressure and heat. Then it forms into soft, green balls.

When the kief ruptures, you will detect a difference in its taste and effects. The amount of pressure applied will affect the color too. The hash becomes darker if you apply more pressure. To know more, better make it your own with the following guide.

Materials that you need:

Grinder with a compartment for kief

It’s an easy operation when your grinder has a little scraper. The bottom part makes everything smooth for you. To get the most of the kief, use a tiny coin or a small piece of metal to see the trichomes bouncing.

If you’re a wise one, you probably have saved amount that can last long. You may have the mentality of saving for rainy days. So laying your back and relaxing is what you do and just skip step one. The habit of collecting every bit from your grinder can give you an amount for the following days. But you can make what’s enough for you at the moment and that’s fine.

3. Keeping it in Non-stick Paper

Folding the 4”x4” paper twice gives you four equal-sized squares. You can put your kief either to the left or right center of the little pockets. Then fold the paperback to itself twice. The kief should be intact and secured.

By doing this step, you’re preparing for the pressing procedure. It assists you in molding that trichomes that you’ve sifted and it’s the starting point of turning it to the hash.

You have to do more than just pressing the kief. Pressing it will make the resin glands slightly open and oozes out altogether. A wine bottle or a rolling pin can give you the necessary impact. The paper will be squished so your kief will turn into hash.

You will come up with thin wafer-like scraps but they are barely similar to hash. They are sandy-looking. If they’re dark, the quality is not high.

This step integrates heat as you have to roll the hash between your fingertips. Some oil will be released from the glands and it will make a difference in the form of your hash. It can be solid or crumbly.

Some would use a hair straightener. You may want to keep it simple so you can keep the beneficial flavonoids. Then you can consume your hash with a water pipe. You will be surprised that hash is a lot denser than kief. There’s a lot of smoke coming from it.

It’s so great to know how to make hash from kief as you can have a brand new smoking experience. You don’t want to let those trichomes go to waste. Since they look good, they give you wonderful benefits for sure.