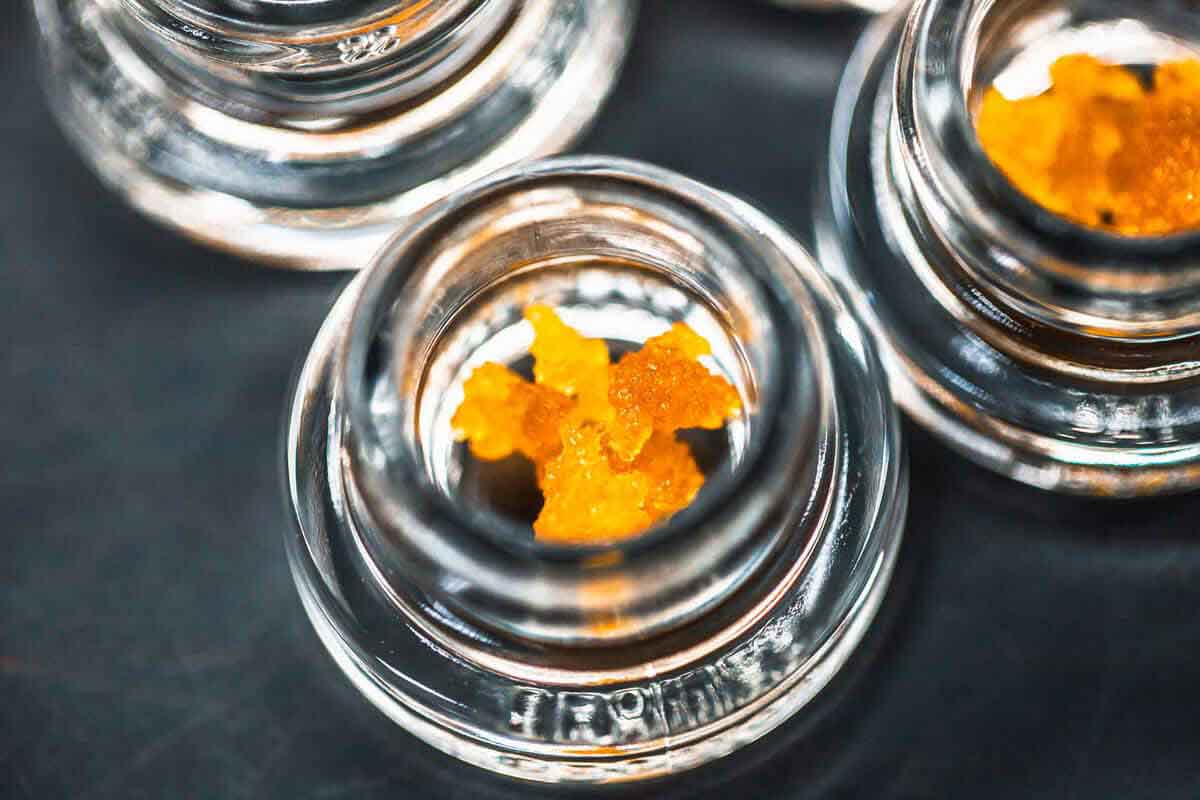 How to Make a Budder: Expert Preparation Guide

The plethora of methods of cannabis extraction carries numerous disadvantages and advantages, but all have the same goal, to become high. Budder is a different type of concentrate somewhere between cannabis oil and shatters when it comes to density.

With such likeness to the already existing kinds of concentrate, what is budder, and how to make budder?

Budder is a type of cannabis wax. But in the cannabis wax collection, you also have crumbled and honeycomb aside from a few more. Are you confused? The trick is to know what a budder is by knowing the density and consistency of the budder. Think about budder is in the middle of the two waxes mentioned.

Crumble does what its name implies, crumble. This is easy to use as you can break it apart by hand.

Honeycomb is mild and light in density and has a likeness to being beaten and infused with air, cracking very easy.

Budder is not as pretty light and breakable as the honeycomb but does not break easily into pieces like crumble. You will need a dabber to split a portion to burn properly instead of breaking it by hand because it is a little bit waxy.

One aspect that all three types of cannabis wax share are a similar production process, with the three produced by using CO₂ extraction or butane.

How To Make A Budder

Creating a weed budder two main methods. The first is a solventless method. You can choose if you like to make your extract in your kitchen. For preparing a solvent-based concentrate, you must have space outside to avoid smoke and worse explosions.

How To Prepare Solventless Budder

This process is not harmful if you want to prepare your marijuana extracts at your home. To begin with, pick a rosin process for preparing cannabis budder in your kitchen. To prepare your cannabis concentrate, you must have some green bud or kief, a hair straightener, and a parchment paper of 2 layers. Cannabis budder is also known as “whipped rosin” since both products are made in the same way, but to get a cannabis budder you must beat the rosin to become creamier in thickness.

How To Prepare Solvent-based Budder

Frequently, the solvent-based concentrate is produced with butane. However, it can also be made with alcohol, propane, or CO2. But it is illegal to prepare your solvent-based concentrate at the comfort of your home since it’s a hazardous procedure. Thus, it is suggested to leave it to the experts. Although if you want to make by yourself, it is ideal to go for propane as it is less dangerous and will still deliver a heavy yield.

How To Make Budder In 5 Easy Steps

Step 1: First, feel the extraction tube with fresh buds, but be cautious not to add excessively, as the butane or propane must have adequate room to seep through the cannabis plant. Don’t forget that you should never use combustible chemicals under pressure. When the extraction tube is filled with your material, put it over the glass bowl. Then, get the solvent nozzle and put it over the tube connecting to the hole.

Step 2: After the solvent is connected to the tube, release the chemicals to seep through the plant matter directly to the glass bowl. The process is about 10 to 15 minutes until the propane or butane comes out to the glass bowl.

Step 3: Ready the hot water and spill into a big glass container. Gently put the medium-sized glass bowl in a bigger one to induce the butane evaporation. Keep in mind that the boiling temperature of butane is at 32 degrees Fahrenheit.

Step 4: Take the heating pan and set it to a temperature level of 120 degrees Fahrenheit. Get the parchment paper and put the cannabis extract on it before putting the whole matter on the heating pad. Continue purifying the leftover chemicals until the weed budder is clear. Remember that the purer it is, the lesser chemicals left in the budder. It is crucial not to overheat the extract more than 120 degrees Fahrenheit, and it will destroy the flavor and the number of terpenes in the by-product.

Step 5: Gather your budder and put it in the concentrate container.

Where To Use Cannabis Budder

There are numerous ways to enjoy the budder. The most popular is dabbing and taking dabs. Concentrates are fun to use because they are multipurpose.

Dabbing is the process of pi pricing your favorite concentrate on a burning surface. The surface is called a nail that looks like the bowl on a bong.

The vapors are later breathed in using a dab rig. Well, it is just a specialized bong. To heat extract, use a blowtorch or electric heating equipment. Because of the heightened high temperatures, the dab rigs are usually made with the top-quality standard than the typical bongs.

The higher the quality means, the higher is the price. If you choose to go for an email or electrically heated equipment, expect the cost to increase significantly. Again, there are several things to consider when deciding how to make budder and enjoy them.

Using a joint is a straightforward method. While making your joint, crack your budder with dabbing equipment or small utensils. The weed budder can later be spread in the length of the joint. Make sure the budder is scattered evenly along with the joint, and when rolled, it is in the center so that you can have the ultimate smoking experience.

Like any concentrate, the budder will burn progressively than the buds. If the budder gets in contact with the rolling paper, it results in runs on the joint and unequal burning.

Most cannabis users are used to including cannabis buds to the bowl of their bong or bubbler. It is then lighted, and the users sniff in the smoke, and including concentration on this procedure is no different. It depends on the bong you’re using. The concentrate is included in the bowl, potted, and breathed.

The problem with using bongs and bubbler is that the extracts have a higher melting temperature than the fresh buds. Unable to heat the extracts properly results in having lousy quality hit and disgusting taste.

Vaporizers are handy and convenient to use. They are quickly becoming among the most popular ways of enjoying cannabis concentrates.

Not all vaporizers are compatible with every kind of concentrate, and particularly the cheaper vaporizers cannot heat the concentrate properly. Often, this results in the same issues when using a bubbler or bong, and you get weak quality smoke and horrible taste.

Among the reasons why vaporizing has increasingly become famous is the absence of tobacco or breathing of lighting materials like rolling paper.

It heats marijuana to the extent where its active properties like cannabinoids, cook, and evaporate out of the cannabis as smoke, in contrast to burning them and breathing them as a vapor.

This is the preferred way as it is observed by most as a healthier choice. All the intended effects of the extracts are still infused, so there is no worry that you’re missing something.

Last but not least, excellent vaporizers with enough heating actions and the capability to deliver for different kinds of extracts might be pricey. Therefore, It pays to do your research on a wide range of vaporizers out in the market to ensure that you procure vaporizers that best fulfill your needs.

What Are The Advantages Of Cannabis Budder?

Like every other kind of extract, there’s one advantage that overrides the rest. It is the potency of the high, and it’s because of the particular method in which the THC is derived from marijuana when producing concentrates. With the best quality cannabis buds and state-of-the-art equipment, the THC is 80% or more. These upstage regularly cultivated marijuana strains that usually contain THC levels of 10-26%.

Having a more potent THC concentration means consumers need a little product to experience the high, and effects are instantly felt. The progress in the extraction procedure even resulted in some producers to make a budder that is rumored to have THC amount in the 90% group.

The terpenes are the one final advantage that is often ignored. It is a property of marijuana maintained throughout the extraction process, and the main ingredient that gives the fragrance. Also, terpenes help to distinguish the kind of buzz gotten from any specific marijuana strain.

For example, picking a marijuana strain with the terpene Linalool will exude a sweet fragrance, such as cotton candy. It delivers a soothing high too. Linalool is one example of a few hundred, but the thing is that with careful management of the extraction method, the terpenes level kept can be corrected to taste. In the user’s viewpoint, the experience of vaporizing extracts is better because of the improved smell.

Is Weed Budder Safe for Use?

Is budder safe is a crucial question. No one can deny that using butane on how to make budder delivers a significant risk, specifically in contrast to standard farming processes.

Butane is highly precarious, and if mishandled can cause severe harm and explosion. Novice concentrate aficionados trying a homemade extract method haven’t helped this mark as quite a few claims of extraction “gone wrong” became headlines while back. Besides, the chemicals left after marijuana has been consumed in butane could be dangerous when breathed.

Specialized knowledge and advanced equipment are essential when considering making butane concentrates. Buying from trusted sellers is a must.

How to make budder is super easy if you have expert knowledge and the best equipment. Budder is a waxy extract that is removed with butane or propane. The solvents extract cannabinoids and other particles from the plant matter, thus concentrating these particles. The derived oil can be used in a strain of different approaches.

To prepare a cannabis budder, the oil is beaten after the extraction method, creating the product fluffy or airy. The turbulence induces THCA to discharge from the oil, and crystalize. The distinction in density is from the precipitation. Therefore, the budder is soft because it contains a high wax volume.