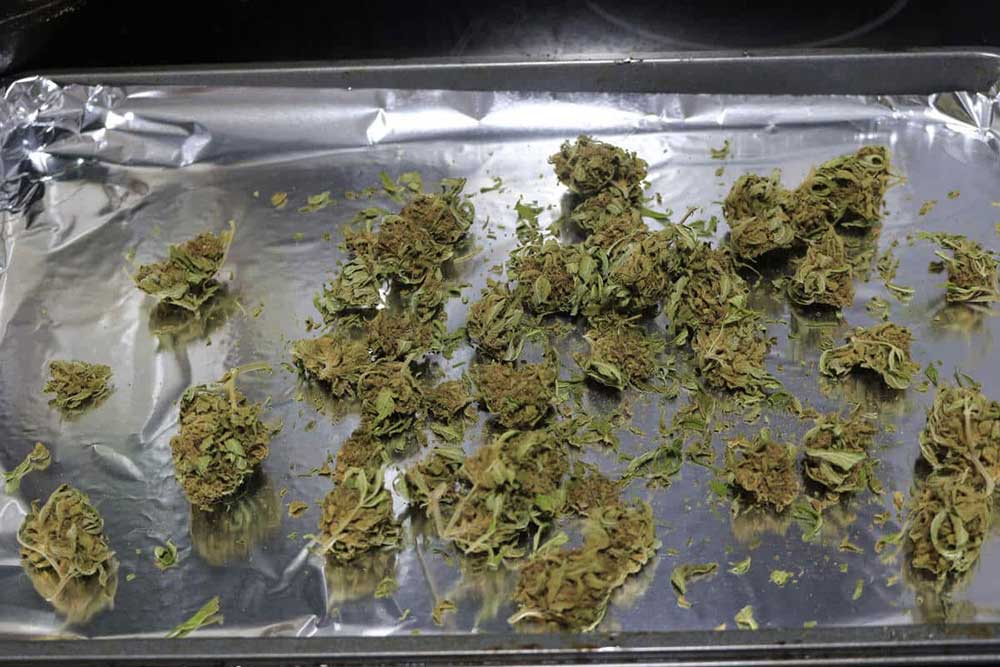 How to Decarboxylate Weed?

Along with the recognition, weed acquires globally is the prominence of different modes of consumption in regards to ingesting marijuana. Today, there are ways to perfectly blend the pot to your favorite dishes or favorite drinks, and it will only take a few of your efforts and time. In spicing up a consumer’s ideal servings, mixing it with weed has to be the best option.

Unfortunately, you can’t just expect the weed to provide you intense feelings by merely adding it. In this case, you will have to know how to decarboxylate weed. Decarboxylation of marijuana has to be the most commonly forgotten step in making edibles, drinks, and other consumables with the presence of cannabis.

For curious minds, decarboxylation doesn’t come with complicated steps as what the name suggests. The following discussion will revolve around decarboxylation and everything you need to know about it.

Going through decarboxylation involves a load of a period, the right amount of temperature, and the preferred atmosphere. In due course, your goal is to activate the cannabinoids present in cannabis to provide more substantial influence or potency than the first known traditional consumption method.

By definition, decarboxylation refers to a chemical reaction that will eliminate a carboxyl group, all while releasing carbon dioxide. Doing so will allow a particular chemical compound to bind with the human body’s receptor through digestion, blood transfusion, and absorption. For instance, THCA cannot unite with our body’s receptor. The moment it undergoes decarboxylation, the process will convert it into THC.

With that, manufacturers of marijuana products will have to understand the proper route of decarboxylation in hopes of actuating potent impacts. Other products like edibles, drinks, essentials, topicals, etc., underwent weed decarboxylation before being sold to consumers.

The Misconception about Weed Decarboxylation

Though the procedure doesn’t require many materials, it doesn’t mean it’s as easy as counting one to three. Scientifically, it is simple, but conveniently, it is not. According to its definition, decarboxylation is a chemical process. So expect the scientific method to involve itself. When done correctly, the only problem you will be dealing with is the different ways of consuming marijuana.

This era of advancement is not an indication that everything you read will entirely be factual. In fact, It’s the opposite. The rampant information we receive goes along with misinformation and misconception. In this case, we will be discussing the typical myths that revolve around ways on how to decarboxylate weed.

The struggle is real for users who wish to attempt decarbing their weeds but bombarded by ranges of different perceptions and opinions on the best way to decarboxylate weed. As a result, most of the attempts ended up wrong, which brought cannabis strains to waste and the inability to get the correct details of instruction.

The overwhelming information that isn’t close to the right stuff can be a hassle to those who yearn to learn. In resolving the issue, it would be best to rely on credible sources and experts.

The suggestion of such ludicrousness isn’t an advisable step. According to this misconception, grinding the weeds will provide balanced heat each shred of cannabis will receive upon succumbing to heating devices.

The truth is, you won’t need to bother the trichomes by grinding the weeds. There are decarboxylating materials that you can use for precision and accuracy.

If we’re talking about other ways of administering cannabis, alcohol, and fats are undoubtedly needed as preparation material. But, if the emphasis is directly about decarboxylating, there won’t be much need for the said materials.

For those who followed the misconception, nonetheless, they end up using oils and solvents that are alcohol-based for the process. Adding so will only complicate the steps and consuming the time, all for inaccuracy.

But, in topical products, you can very much use oils to allow absorption to take place. However, it would be best to do it after entirely decarboxylating the weed first and submerging it into the oil. In easing the method, they will only have to do a quick extraction after the process of potency activation.

How to Decarboxylate Weed?

Surprisingly, there are three ways on how to decarboxylate weed. But, we cannot be guaranteed if the result will end up accurate and precise. According to misconceptions number one, bombarded knowledge taught us that kitchen material would bring decarboxylation at ease and convenience. But, in reality, it will not. So, in steering clear away from misleading information, it would be preferable and immensely advisable to follow the basic and conventional way.

To proceed, you will need to consider having the following materials:

Note that the state of your buds will depend on what essentials or products you will be doing. Now, let’s follow the norms of the science community by not crushing the buds into pieces.

While you wait for the oven to finish preheating, you could continue with the following steps and procedures.

You should be able to taste the potency in any dish that you will mix it with or drink. Following the accuracy of time and procedure should be necessary to achieve precision. After all, the purpose is to decarboxylate weed that is purely based on scientific practice properly. In this case, you won’t be able to provide alternative solutions and material substitution because it could end up wrong and unsolicited, unlike other dishes of marijuana.

Reminders on How to Decarboxylate Weed

The modern era will result in two things, overloading of information and being easily prone to misconceptions. Surely, not everyone has the same mode of researching, but that doesn’t take the fact that in millions of statements, only a few are the truth. In this case, knowing how to decarboxylate weed should not be a matter of convenience, but factual data and knowledge from those who reached such level of expertise.