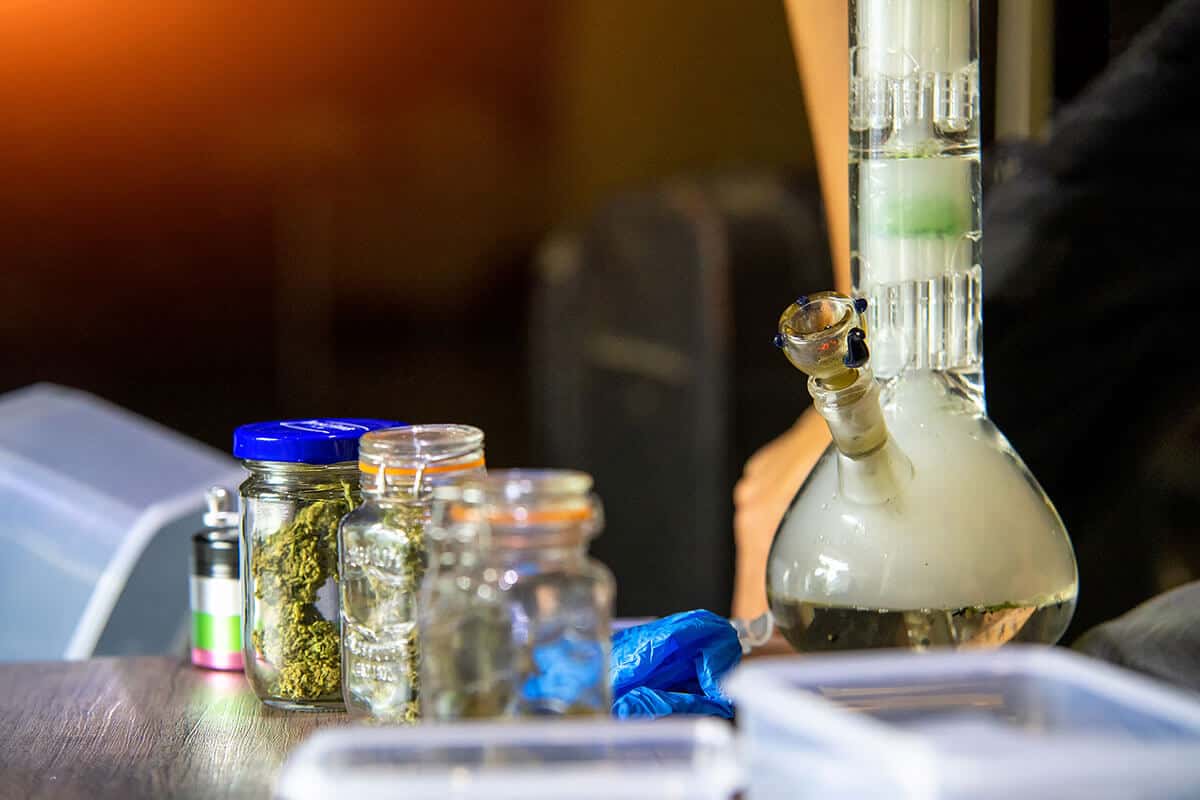 As the name implies, CO2 Generators are made to provide a source of carbon dioxide for plants to thrive. Plants, including cannabis plants, need an adequate amount of light in conjunction with carbon dioxide to complete the process of photosynthesis at near optimal levels. Going the extra mile to boost the levels of carbon dioxide will result in stronger and increased vigor in plants. Unfortunately, getting a professional solution or CO2 supplementation device can become quite costly. The good news is that you can create a DIY CO2 Generator, which will allow you to achieve the same results even while on a budget. In this article, we will guide you in detail on how to make your very own carbon dioxide generator for your grow rooms.

At around any given time, the carbon dioxide levels in our atmosphere are around 400 PPM and this, along with an adequate amount of lighting, is enough for plants to complete the process of photosynthesis. Interestingly, several studies, including one published in the Official Journal of the Committee on Space Research, show that plant growth will increase significantly at CO2 levels of 1,200 to 2,000 PPM. And plant vitality continues to improve as PPM reaches towards the levels of 10,000. Note that when CO2 reaches 3,000 PPM, however, this level becomes dangerous for humans. And at 5,000, it is considered deadly.

The process of using fermentation to generate extra carbon dioxide is easy and simple but extremely rewarding. Yeast is a single-cell living organism, classified under the fungus kingdom. They are often used to leaven bread, ripen blue cheese, and brew alcohol. When supplied with adequate water, sugar, and other nutrients, yeast will happily consume them and produce a generous amount of carbon dioxide as a by-product. To create your DIY carbon dioxide generator using yeast fermentation, you will need the following:

What You Will Need to Do

Alternatively, some growers will use a closed plastic milk jug with a fermentation lock to prevent contaminants from entering the container. Some would also use an airline tubing or piping that fits neatly on the top of the bottle or jug to direct it onto the plants for a more targeted carbon dioxide release.

To keep the yeast colony going, pour out some of the mixtures every seven to ten days, and replace it with a fresh solution of warm water and sugar. This simple process will ensure that your live yeast will enjoy a constant supply of food and will continue to produce your extra carbon dioxide supply.

Another way to add carbon dioxide into the air is by combining vinegar and baking soda. These two ingredients have been used in many school projects, specifically to create mini volcanoes in science class because of their ability to create an eruption by causing carbon dioxide to spread out and create a lava-like flow through a small opening. While the reaction between these two substances can be very fast, it does not last very long.

For growers to overcome this drawback, they will have to create a setup that allows a slow drip of the vinegar into the baking soda. In this way, the ingredients do not get used up all at once and the release of carbon dioxide into the air becomes steady and constant. For this DIY CO2 generator, you will need the following items:

What You Will Need to Do

As we all know, carbon dioxide is a chemical compound composed of one carbon atom and two oxygen atoms. It is present in the earth’s atmosphere as a colorless gas. In its solid or frozen state, carbon dioxide is called dry ice. The term was coined in 1925 by a company called Prest-Air Devices, who observed that solid CO2 changes directly into its gas state without passing through a “wet” or liquid phase. Dry ice has several uses, including effectively generating CO2 for any garden. A pound of dry ice is equal to a pound of carbon dioxide, and at least two pounds of dry ice has been shown to raise carbon dioxide levels to at least 2,000 PPM in a 3×3 meter space.

Growers continue to come up with innovative methods to take plant cultivation to the next level. Introducing extra CO2 into the air is one of them; however, when done professionally, this could become very expensive. The good news is that there are many methods to create a DIY CO2 generator that is not only inexpensive but also very effective.