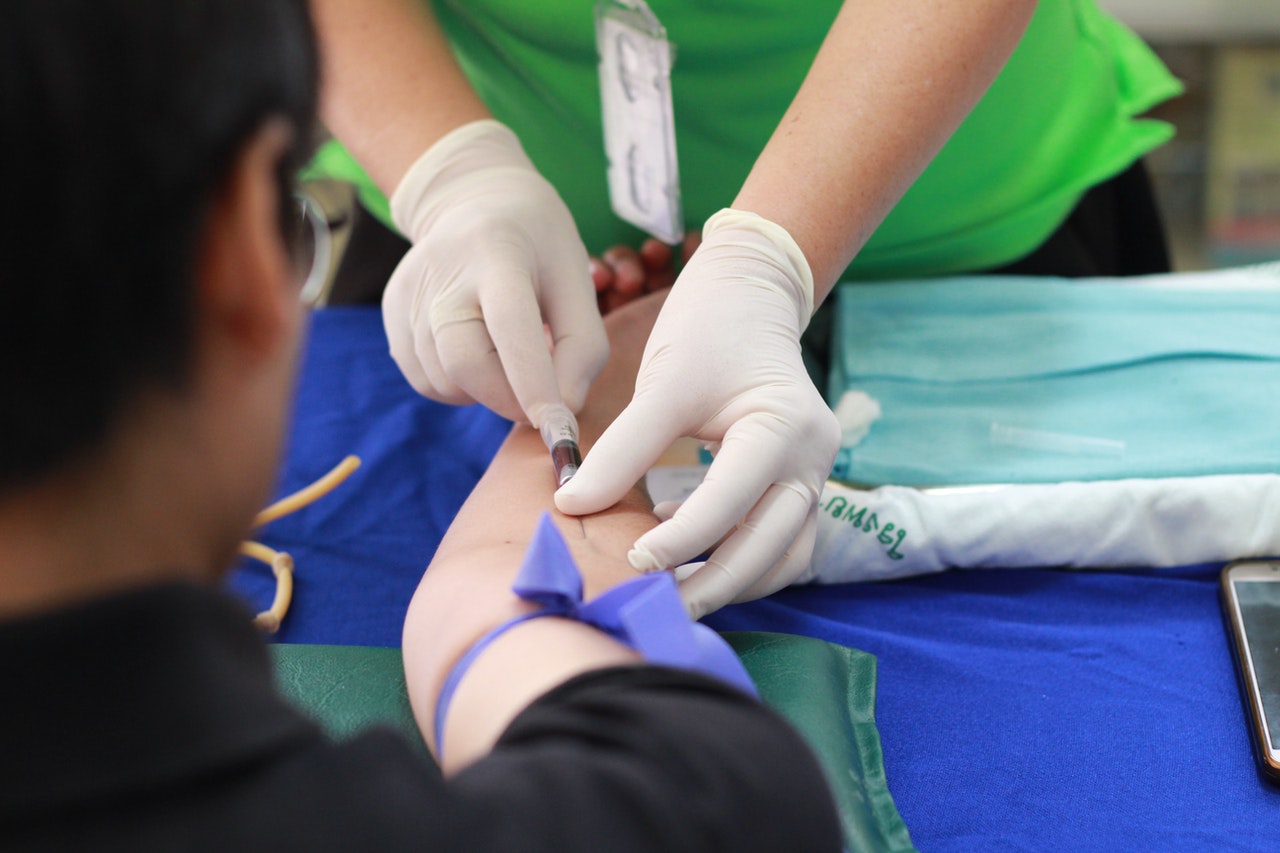 Can You Donate Blood if You Smoke Weed

Nearly 5 million Americans receive blood transfusions every year. Every two seconds, someone somewhere needs blood. Unfortunately, only 10 percent of the eligible population donates. Donor eligibility guidelines state that to donate blood or platelets, you must be in general good health, be at least 16 years old, and weigh at least 50 kilograms. But can you donate blood if you smoke weed? The short answer would be Yes.

There are several reasons why a person would need to undergo blood transfusion and these include life-threatening surgery, serious ailments like anemia and hemophilia, an injury, or an accident. Blood transfusions help save millions of lives every year. A healthy adult can donate a pint of blood once every two months and that one pint of blood can save up to three lives. So, while cannabis or marijuana use does not affect a person’s eligibility, some general disqualifiers will affect your ability to be a blood donor. Now that we have established that you can still donate blood if you smoke weed, in this article, we will discuss in detail the different benefits of blood donation and the conditions that could make you ineligible.

We always hear the importance of blood donation. And while we know that it can save lives, donating blood can also provide several advantages to the donor.

Reduction of harmful iron stores. According to a 2013 study, committed blood donors can eliminate excess iron stores in their system, which is believed to be a factor in the risk of heart attacks. Iron has also been linked to the increase in free radical damage in the body, consequently enhancing the risk of liver, lung, colon, and even throat cancers.

Free health analysis. When donating blood, you are required to undergo health screening that will test you for HIV, hepatitis, syphilis, and many other diseases. This free check-up can offer excellent insight into your current state of health. Effectively, it can help you identify any underlying medical conditions and risks that you otherwise would not know about.

Psychological benefit. This is perhaps one of the most powerful benefits of donating blood – a mental boost and a sense of pride. Donating blood can be similar to volunteer work where you are helping someone get the help they desperately need. And just like any other volunteer work, this has major psychological benefits. Studies have shown that volunteering effectively reduces the risk of depression and feelings of loneliness.

In the United States, certain conditions can disqualify you from making that blood donation. These include the following:

Smoking or ingesting non-synthetic marijuana. A surge of synthetic cannabinoid drugs that go by the names K2, Spice, Kronic, and Mr. Happy have recently been placed under the spotlight as several cases of severe internal bleeding and even death have been linked to their use.

These lab-made drugs have a similar make-up to the marijuana plant but are made from dried plant materials sprayed with active unregulated, mind-altering substances. Some of these substances have even been found to contain toxic compounds, like brodifacoum, a chemical found in rat poison. These drugs, classified under a group called NPS or new psychoactive substances, first appeared in the United States in 2008. And immediately in the years after that, severe cases caused by this synthetic cannabinoid use jumped a thousand folds.

Since marijuana is becoming legal in more states and as more studies are coming out supporting its many health benefits, a lot of people have fallen under the false impression that these “fake weed” or “synthetic marijuana” are also safe. Unfortunately, these synthetic cannabinoids can cause several dangerous adverse effects, including shortness of breath, seizures, psychosis, agitation, and high blood pressure.

There is an FDA-approved medication called Marinol, which contains synthetic formulations of THC. While there are significant differences between these man-made substances and organic plant-based products, Marinol is still being prescribed to cancer patients to treat nausea and vomiting caused by chemotherapy treatment. This medication, however, is often only given to patients when they do not respond to other therapies. If you are taking this FDA-approved medication, you would still not be eligible for blood donation.

Under the influence of cannabis at the time of donation. The official stand of the American Red cross regarding the use of legal or illegal marijuana and blood donation is that having some amounts of THC in your system is not a cause of deferral. This position is shared across different American organizations that deal with blood donations. However, individuals will be deferred from donating blood if they are found to be still under the influence or are visibly intoxicated with marijuana (or any other substance) during the donor screening process.

Generally, cannabis can be detected in our bodily fluids for seven to 30 days after the last ingestion or use. And if you are a daily user, the drug can stay in the blood for up to a few months. The good news is that this does not disqualify you since blood centers or organizations do not screen for THC as there is no danger that a blood transfusion recipient can get “high” from receiving marijuana-infused blood.

Not being allowed to donate while you are still high as a satellite has less to do with the quality of blood you will be donating. As the American Red Cross explains, it is more about how the drug can affect a person’s ability to accurately articulate all the necessary information needed for the donation, including medical and travel history that disqualifies them from being eligible to donate blood. Similarly, their ability to consent to the blood transfusion will also be questionable at the time when they are still high. As previously mentioned, eligibility requirements include being generally healthy at the time of donation. In this context, good health means that you are feeling well and are still fully capable of carrying out normal day-to-day activities. When using cannabis, it can take as long as eight hours for the psychoactive effects to subside. So if you are keen on donating blood, make sure to turn up on the day well rested and avoid smoking cannabis on the day of donation.

If you are a regular cannabis user wanting to do good and reap the many benefits of donating blood, you might be asking, can you donate blood if you smoke weed? The good news is that having some traces of THC in your blood does not disqualify you from donating blood. Several other general ineligibility factors can prevent you from donating blood besides cannabis. This includes being pregnant, receiving a tattoo or piercing within the last year, using steroids, and many others. The bottom line is that as long as you are free of general disqualifications, sober, and well-rested, you are most likely to donate blood as a cannabis user.