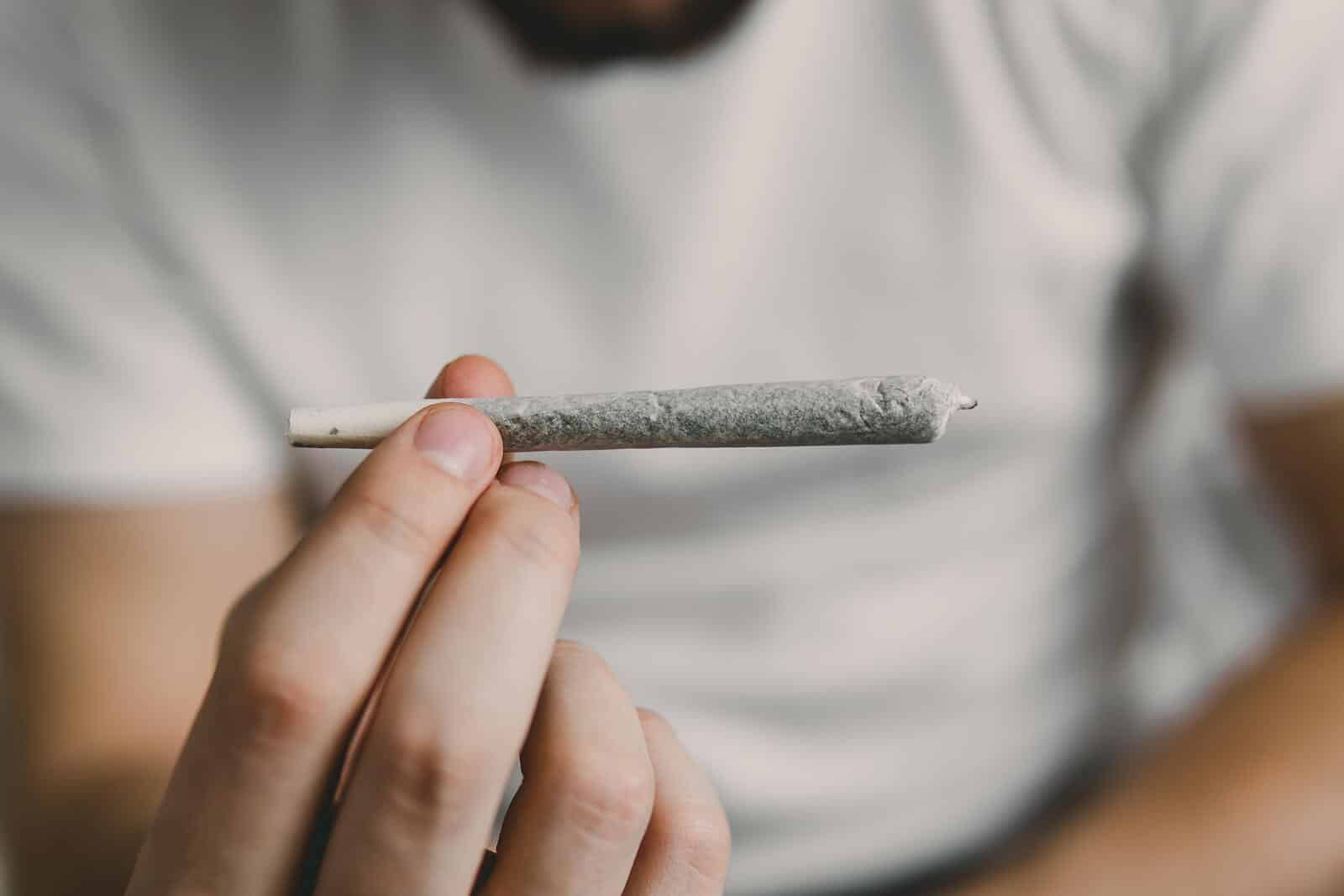 Have you ever felt nervous or awkward around people? Do you ever feel invalidated while talking? Anxiety is one of the ways on how stress responds. It comes in long-term and short-term symptoms involving fear, nervousness, and even self-doubt resulting in an affected performance at work or even in your daily activities. Living with anxiety is like feeling enclosed in your bubble filled with your worst fears, regrets, and even random thoughts.

It is a prolonged agony as long as you live but with the presence of natural medicine, there are ways on how to alleviate the emotional discomfort it is associated with. One of the natural medicines with therapeutic claims in treating anxiety is cannabis. With its help, the symptoms of anxiety, depression, and stress are gradually relieved. To give you an idea of marijuana’s potential, we have made a list of the 10 best strains for anxiety.

The Effects of Marijuana on Anxiety

When it comes to stress-related disorders such as anxiety, there’s no doubt about what marijuana can do to alleviate and relieve your mind and body from its underlying causes. There is a large population of people who are suffering from anxiety who have found hope in using marijuana as an anti-anxiety medication. With its powerful recreational and medical compounds such as THC and CBD, most reported cases of anxiety have shown improvement with cannabinoid compounds in their system. To fully understand how marijuana and anxiety correlates, we will state the common effects of marijuana explaining how it relieves anxiety.

One of the symptoms of anxiety is nervousness for no apparent reason. The uncomfortable feeling anywhere that is not your private space. The cannabinoid compounds constituting the recreational and medical properties of marijuana helps in relieving the stress and tension of the nerves improving a person’s sense of calmness. When consumed in managed doses, it will ease the mind and the body from stress and overthinking that often results in being nervous and awkward around other people.

Anxiety is accompanied by restless nights filled with hours of overthinking about how people think of you, how people understand your perspective, and even how people visualize your physical and mental existence as a person. All these deep thoughts in exchange for a supposedly 8-hour sleep to power you up the next morning. Marijuana comes in two different classifications – indica and sativa. Indica-dominant strains help in allowing the body to relax and be put in a good night’s sleep. On the other hand, sativa-dominant strains are responsible for jumpstarting your day as if you have taken your first cup of coffee.

Regardless if it is during the day or night, overthinking is one of the common symptoms of being a mentally-challenged person. It is not just limited to anxiety but as well as other mental disorders. With the help of managed marijuana consumption, it will allow your mind to relax even for a limited period relieving you from stress. Considering that overthinking can result in fatigue, as much as possible, this will be prevented when your mind is in mental peace enhancing mental clarity and the absence of clouded judgment.

Are you experiencing a little aloof when around other people even when they are your family and friends? This is one of the common symptoms of anxiety. Considering marijuana as a natural medication will improve your self-confidence and self-esteem that will help in enhancing your communication skills. Once the effects start to kick in, the difference it makes is noticeable. Using marijuana in enhancing social interacting skills can also serve as a training ground in managing large crowds.

What are the Best Strains to Try for Anxiety?

Now that you have understood the effects of marijuana in relieving anxiety and its underlying symptoms, you need to know the strains that work perfectly in treating anxiety. You see, not all marijuana strains are effective in treating stress-related symptoms such as anxiety. Each strain varies in the levels of THC and CBD it contains. We made a list of the best strains to try for anxiety explaining how it gradually relieves its symptoms. Take note that overdoing consumption can result in adverse psychoactive effects leading to worsening of episodes of anxiety.

Harle-Tsu is one of the top-notch medical marijuana strains popular for its richness in CBD compounds. It is an indica-dominant hybrid produced from crossing the famous strains Harlequin and Sour Tsunami. The CBD levels of Harle-Tsu ranges from 18% up to 22% which makes it the perfect marijuana strain to treat anxiety as well as its underlying symptoms. On average, it contains relatively low levels of THC which is no more than 1% resulting in low chances of buzz effects.

Yet another marijuana strain that is popular for its relaxing and calming effects is CBD Shark. It is an indica-dominant marijuana strain that helps in delivering effects that relieve the body from tension and stress. CBD Shark is a good alternative to anti-anxiety medications. Besides, there are no intoxicating effects associated with it. As a well-balanced cannabis strain, it helps in improving your perspective, thinking, and ability to socialize. It alleviates cases of clouded judgment enhances mental clarity. This medical marijuana strain has a balanced CBD and THC levels that induce effects that relieve the symptoms associated with anxiety with minimal effects of psychoactivity.

With all the sativa-dominant strains, one of the highly suggested CBD strain is Harlequin. On average, it is sativa-dominant by 75% through three-way crossing Colombian Gold, Nepali Indica, and Thai marijuana strains. Its THC levels lie between 8% up to 15% with CBD levels ranging from 5% up to 8%. It may not be as high as the first two strains but Harlequin is a good option for the medication in treating anxiety considering its relatively low THC levels as compared to other marijuana strains. What makes patients with anxiety love Harlequin is its ability to induce relaxing and calming effects without total sedation. It doesn’t interfere with your daily activities too.

If you’re looking for a marijuana strain that is completely designed for medical utilization, ACDC is what we highly recommend. It is known as one of the best strains in treating anxiety with its CBD to THC ratio of 20:1. Also, it contains exemplary properties that promote relief in stress-related conditions such as anxiety. Considering its THC levels that are no more than 1%, expect low to no cases of psychoactivity. Allow this marijuana strain to relieve your nerves forms tress and tension as it makes you feel happy and relaxed when consumed.

Cannatonic is granted the title of CBD Queen. With its relatively low levels of THC, you can conclude that it is a marijuana strain designed to cater to medical rather than recreational needs. On average, the THC levels are no greater than 6% which associates consumption with borderline psychoactivity. Meanwhile, its CBD levels can go as high as 18% outweighing the common symptoms of anxiety. What you should expect is its ability to deliver uplifting, relaxing, and calming qualities which make it one of the best strains for anxiety.

Sour Tsunami is designed with balanced sativa and indica dominance and CBD and THC levels. As one of the highly suggested strains in treating anxiety, it is specifically bred to relieve the patients from experiencing fatigue, sleeplessness, and mood fluctuations which as the common symptoms of anxiety. On average, it contains THC levels that are no greater than 10% and CBD levels ranging from 10% up to 11%. More than just the stress-related symptoms it can treat, it also works well in relieving the body from the pain associated with headache, inflammation, eye strain, and even joint pain.

Valentine X is a jack of all trades type of marijuana strain. It delivers balanced effects of indica and sativa making it the perfect treat for patients with anxiety. What makes people love Valentine X is its CBD to THC ratio of 25:1. As a descendant of the ACDC marijuana strain, expect similar effects such as calmness, relaxation, and improved sleep. More than just treating anxiety, it also helps in treating patients who are suffering from seizures, epilepsy, inflammation, and fatigue. It is bred to perfection to give hope to patients who are already immune to the effects laboratory-formulated medications can provide.

Jack Herer is a sativa-dominant marijuana strain that originated in California, USA. As a local strain, it is not bred to cater to recreational needs but medical ones. Its growing popularity is caused by its 24:1 CBD to THC ratio. The psychoactive effects associated with it are very minimal as compared to other marijuana strains. Jack Herer is perfect for patients with anxiety who want to try marijuana but doesn’t want the effects to interfere with their daily activities. Even though you’re under the influence of Jack Herer, you can still manage to perform well with your daytime activities and fulfill errands. Expect a boost of energy and self-confidence with lowered risks of overthinking.

Trident is bred to deliver a balanced indica and sativa effects catering to both medical and recreational needs. As one of the top strains suggested for treating anxiety, it has a 2:1 CBD to THC ratio. On average, it contains levels of CBD that is no more than 12% and levels of THC that is no more than 6%. It may have minimal psychoactive effects but it targets the underlying symptoms of anxiety the most such as overthinking, fatigue, sleeplessness, and even nervousness.

Jilly Bean is a daytime treat for patients with anxiety who are working during the day. It is bred to perfection dominating its sativa properties to deliver effects that are rather uplifting and energy-boosting. It induces remarkable effects that help in managing mood fluctuations, discomfort, and overthinking as caused by anxiety. Moreover, most people use this strain as a substitute for their morning coffee. Even though it is initially bred to cater to medical needs, it also caters to one’s recreational needs but is not comparable to strains that are THC-dominant.

The marijuana strains stated above are the best strains for anxiety we can offer. Not because they are proven to be effective in treating different mental disorders shouldn’t give you the idea to overdo the process and consumption. It would be best to consume managed doses scheduled in a weed to prevent dependence and addiction. When these marijuana strains are consumed more than the dose your body can tolerate, it can adverse the anti-anxiety effects that will just worsen your condition.