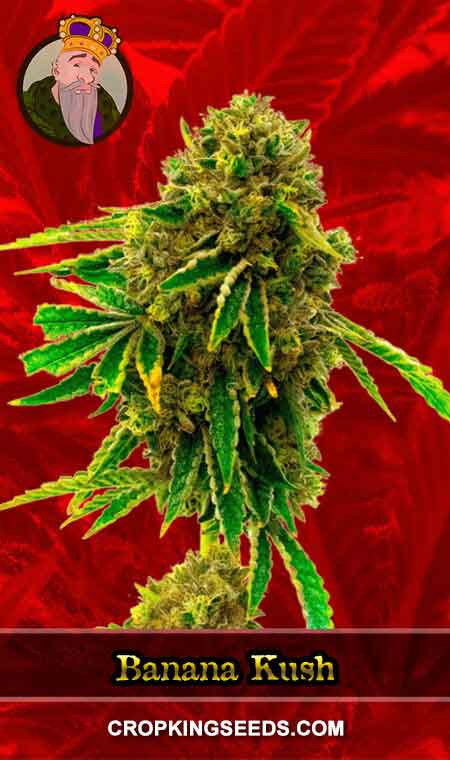 Banana Kush Feminized Marijuana Seeds is an indica-dominant cannabis strain with high THC at 22 percent, making this very euphoric, relaxing, happy, talkative, and uplifting. This is an all-female strain, no more pesky males that will ruin all your hard work. You will be rewarded with high yields, early flowering, and buds with earthy, tropical, sweet, and tree fruit flavors.

A Potent and Tropical Strain

Banana Kush is like a cradlesong in that it will quietly and peacefully calm you off the slumber. Users with manifestations of restless leg syndrome, insomnia, or other sleep-depriving ailments can extremely profit from purchasing Banaka Kush cannabis strain.

This seed is the top answer to insomnia that causes you to appear exhausted and weak the following morning. A majority of the users prefer to savor it during night-time or just before slumber time due to its Banana Kush’s powerful somnolent consequences. You might struggle to remain vigilant after a couple of puffs.

Indoor flowering period equates to between 8 to 9 weeks to attain complete development, and even though this seed likes to be nurtured indoors, it can be grown outside in sunny, Mediterranian climate where it will culminate set for reaping by early October.

Banana Kush does proud to its appealing title with a definite smell of its eponym grain. Anytime the plant is combusted, a firm banana-like odor permeates the place. Earthy and sweet simultaneously, the kick it drops causes users to salivate for more. A blast of fruity goodness coats the mouth in every puff.